What Is An Allergic Reaction?

Allergy and Asthma Clinic of Central Texas Contents Allergy Info What Is An Allergic Reaction?


Clearly, your body’s immune system plays a very important role in your allergies. Allergies belong to a category of immune system responses called hypersensitivity responses. If the immune system is not involved, it is not, medically speaking, an allergy.

People often confuse reactions from irritants in the environment — like a runny nose from cold air, smoke, or perfumes — with a true allergic reaction such as hay fever, which is an immune system response to an allergen such as ragweed. Some people develop an itchy, red rash after contact with certain chemicals such as a harsh laundry detergent, but if the immune system isn’t involved, it is an irritation, not an allergy. Likewise, someone who suffers from bloating and diarrhea after drinking milk or eating dairy products may have an intolerance , not an allergy, to lactose, a natural sugar found in cow’s milk, because they lack the enzymes needed to digest lactose. However, this picture can get murky because some people are, in fact, allergic to one or more of the proteins in milk. This illustrates how tricky it can be to determine a diagnosis and design a treatment. 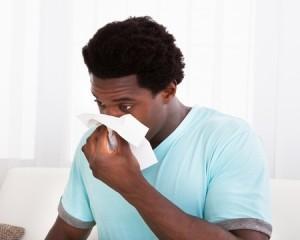 One way of defining intolerance is by saying what it isn’t: It isn’t the result of an overzealous immune system response. Typically it is a response to a chemical or the consequence of an insufficiency of a natural compound. For some people, the caffeine, theobromine, and methylxanthine in tea, coffee, chocolate, and cocoa cause symptoms of acid reflux, jitteriness, or insomnia. The chemicals in red wine can cause migraines in some people; monosodium glutamate (MSG) in Chinese dishes bothers others — although the latter is not as common as people tend to think it is. Other people suffer discomfort from milk products because their bodies produce little or no lactase (the enzyme that breaks down lactose in milk), a condition that can worsen with age.

As with allergies, avoidance is the first line of treatment for intolerances. Specific strategies may help alleviate the intolerance. For example, for lactose intolerance, you may be able to boost your lactase levels by taking nonprescription supplements available in retail stores, although the benefits are variable. If you suffer from digestive disturbances, check with your doctor rather than attempting self-diagnosis.

Appreciating the distinctions among allergies, irritant sensitivities, and intolerances is important to obtaining a correct diagnosis that will lead to the best treatment. Although the treatment is sometimes the same for both an allergy and an irritant response, this is not always the case.
Allergies and your immune system

When it comes to allergy, your immune system acts like the Incredible Hulk, senselessly following good intentions gone wrong. In allergic individuals, genetics and environment have conspired to make cells that are essential for normal immune function become overactive and respond to otherwise innocuous substances.

Key to this process are two important immune system cells: helper T cells 1 (Th1) and 2 (Th2). These white blood cells circulate in the bloodstream and alert other immune system players that the body may be under attack from invading germs. Th1 cells handle certain types of bacterial infection, while Th2 cells help in eliminating certain parasites.

In allergic diseases, this process goes awry in at least two ways. First, Th2 cells dominate (a process called immune deviation), meaning they are more likely to respond than Th1 cells. Second, the body mounts these Th2 responses to substances that are not actually harmful, such as pollen and dust mites. During the response, Th2 cells produce substances and recruit cells and molecules — mast cells and eosinophils — that lead to an allergic reaction. The proteins produced by the Th2 cell, called cytokines, orchestrate the allergic response. One of the consequences of Th2 cell activation is that another type of white blood cell, the B cell, essential to normal immune function, is stimulated to produce an antibody called immunoglobulin E (IgE).

The Role of Antibodies 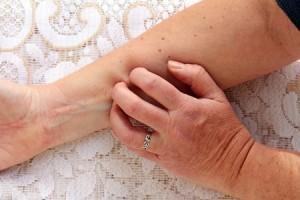 Antibodies account for the astounding versatility of the immune system. Each antibody is programmed to recognize a particular foreign molecule or antigen. Since the immune system produces millions of antibodies, it is prepared to recognize any antigen that enters the body. Without the surveillance capability of antibodies, the human body would be devastated by disease-causing microorganisms (pathogens). Antibodies are made of a type of protein called immunoglobulin.

Although the antibody family consists of five different types of antibodies — IgA, IgD, IgE, IgG, and IgM — the majority of allergic reactions are caused by IgE. For instance, the IgE antibody that recognizes ragweed causes symptoms of hay fever in early fall. Indeed, some purists in the field say that only an IgE-mediated response should be considered to be an allergic response. However, since other allergic responses are IgG-mediated (such as serum sickness) or T cell–mediated (for instance, poison ivy), this report takes the broader position that an allergy involves an immune response — be it IgE-mediated or not.

Normally, antibodies are produced when B cells recognize an antigen on the surface of specific harmful invading pathogens, such as the bacteria that cause pneumonia. This recognition causes B cells to mature into antibody-producing plasma cells. Like a battalion of medieval archers, these plasma cells let fly their antibodies, which travel to their targets on the outer surface of harmful bacteria. After finding their mark, IgG antibodies neutralize the bacterial toxins or make the bacteria ingestible by other cells of the immune system, neutrophils and macrophages that eat and destroy the bacteria. In a similar way, IgE antibodies set in motion the events that kill and eliminate parasites.
Antibodies behaving badly

On the whole, antibodies do a stunning job at keeping bacteria and viruses at bay. However, the downside of their efficiency is what happens in an allergic response, when certain antibodies, in particular IgE, are produced inappropriately. IgE antibodies like to link up with their receptors on mast cells, specialized cells found in great numbers at points of entry into the body such as the linings of the airways, the eyes, the gut, and the dermis (one of the layers of the skin). The trouble starts when an innocuous, often inhaled, allergen meets up with the IgE on a mast cell.

From this moment, the mast cell prompts an allergic reaction by releasing histamine and other chemicals such as leukotrienes and prostaglandins, which within minutes trigger sneezing, runny nose, itchy eyes and skin, and wheezing. One of the reasons the response is so fast is that histamine is “good to go” even before the mast cell that houses it is activated. This means that upon activation, the mast cell quickly releases histamine into the surrounding tissue like the contents of an exploding suitcase. This release is followed by leukotrienes and prostaglandins that are rapidly generated by the activated mast cell.