Most people with respiratory allergies (hay fever or asthma) due to a specific tree do not have food allergy from the nut it produces. They can consume the nut or foods containing the nut without any problem.   If you have had problems in the past after consuming the nut, your allergist will be able to determine whether you are allergic to it. 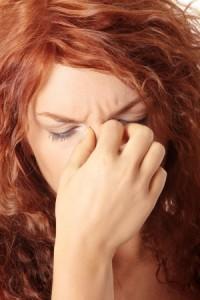 This can happen due to a number of reasons. Firstly, and most commonly, if your complete allergy testing was negative, then you most likely do not have specific allergic sensitivities.   Allergy symptoms in this case can occur due to a condition known as non-allergic rhinitis. Non-allergic rhinitis is often due to a non-specific irritant response to airborne particles (including pollens, but without a specific allergic antibody), strong odors, smoke or fumes.   In a few instances specific non-allergic  causes can be identified, such as irritants in the environment or side effects of certain medications.  Secondly, it is theoretically possible that you are indeed allergic, but skin testing for allergies was negative. This would be a rare event, as skin testing for allergies is highly sensitive. Thirdly, you could be allergic to something in the environment that was not tested. This also happens very rarely since all of the allergens common to this geographic area are included in the testing panel.

Some people with severe allergies can have fatigue and tiredness during an allergy flare due to the significant release of allergic inflammatory mediators. This is why the colloquial term “hay fever or “cedar fever” has come into use.

The mold count outside depends on specific environmental conditions, such as geographic location, temperature, humidity, light intensity, wind etc. The mold count inside a building depends on how well it is ventilated to the outside and whether there is any mold actually growing inside. In a building that is well ventilated to the outside and no mold growing inside, the mold spores found inside will be the same as those found outside and the count will be the same or  less than outside if there is a ventilation system utilizing special allergy reduction filters or  HEPA filters.  HEPA filters also reduce other indoor airborne allergens.  If there is mold growing inside the building due to water damage or pipe leaks, the type of mold and the spore count will likely be different than the mold outside. 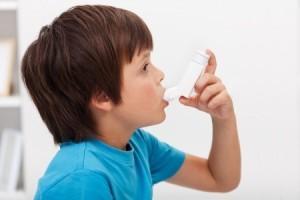 Allergies generally do not cause a fever. Presence of fever could indicate an infection such as a viral cold or sinusitis. However, “feverish” symptoms with severe allergies may occur due  to the significant release of allergic inflammatory mediators.

Yes. Some people have ‘allergic asthma’ which is due to allergy to seasonal allergens such as pollens. These people can have asthma symptoms only during the pollen season.

The symptoms of allergies and cold can be similar and difficult to distinguish. However, certain characteristics may be helpful in distinguishing the two. For example, presence of a fever usually  indicates a cold and not allergies. On the other hand, if you get symptoms after exposure to specific environmental stimuli, like exposure to cats, dogs, dust etc., this generally indicates the presence of allergies. Your allergist will be able to confirm the diagnosis of allergy by taking a detailed medical history and appropriate allergy testing.

Most allergic reactions to foods occur within minutes of consuming the particular food. Symptoms may consist of the following:

In some cases the allergic reaction may be severe and life threatening. Such a reaction is called anaphylaxis and may consist of:

Call 911 immediately if you experience any of these severe symptoms. Your allergist will be able to confirm the diagnosis of food allergy using detailed history, skin testing and sometimes blood tests.

The reason for this might lie in the root cause of allergies. It is thought that they occur due to a combination of genetic (inherited) susceptibility to allergies and specific environmental conditions that the person is exposed to. In most people allergies develop in childhood and may persist through adult life. However, it is not uncommon to develop allergies for the first time in later life. Such people might not have had the specific environmental exposures until later in life. For example, some people develop allergies after moving to a new city or country where they are exposed to new allergens in the air like pollens, animal dander etc. It takes months to years to develop sensitization to new allergens after moving to a new place and develop symptoms. Often however, it may seem that allergy symptoms began fairly soon after arriving in a new location.  This could likely be due to a preexisting allergic sensitivity, but a much higher level of exposure to the relevant allergen in the new environment.

Anti-histamines are commonly used over-the-counter and prescribed medications that are used in the treatment of allergies. Many of the symptoms of allergies are due to a chemical produced in the body known as histamine. Histamine binds to histamine receptors in various tissues resulting in a multitude of allergy symptoms. Anti-histamines block these receptors and prevent histamine from binding to them preventing some allergy symptoms. Antihistamines do not however address the underlying allergic sensitivities or the resultant inflammation.

Allergy shots or immunotherapy is a long term commitment. To get the most benefit, patients should plan on being on immunotherapy for a minimum of three years at a maintenance dose, with a better long term response when used for five years.   Studies have shown that the beneficial effects of allergy shots should last for at least 3 years after stopping them.  Allergy shots may be also used safely for longer term maintenance if medications are either not effective, resulting in undesirable side effects, or if there is a desire not to be reliant on medications long term.